Announcing the 2022 UP Reader Contributions 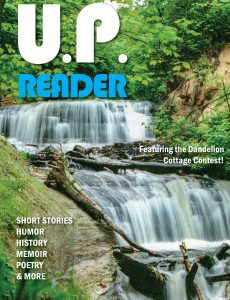 With a record-breaking 33 contributors to U.P. Reader #6, we are expecting the largest ever issue to hit the stands in April 2022. UPPAA President Victor Volkman says of the 6th annual volume, “I am particularly pleased with the diversity of writers and topics this time around. With the addition of this year’s Dandelion Cottage award winners, I am expecting a well-rounded publication which shows off every aspect of U.P. writing talent.”

The U.P. Reader committee would like to thank everyone who has submitted a story for trusting them with your words.

The jury chose the following authors and submissions for 2022:

Please note that Dandelion Cottage Contest winners are not yet announced as of this posting!